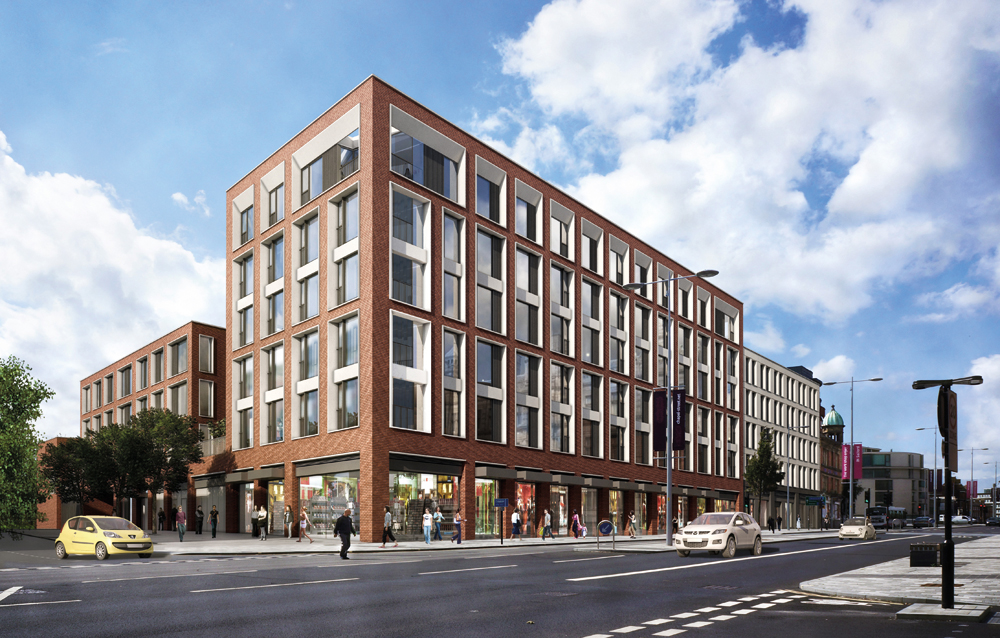 That tin of beans I bought last week has appreciated 16.5% in value since I purchased it, meaning that, while it cost 62p to buy, it’s now worth 72.23p. Based on how much richer that’s made me feel, I’m going to go on a wild spending spree, thus bolstering the wider economy. That’s how it works isn’t it?

Replace ‘tin of beans’ with ‘house or flat’ and the answer, strangely, seems to be yes, that is how it works. Housing, as a necessity, is about as basic as it gets, almost up there with food and water, and yet it has come to be seen as an investment opportunity for the individual and a cog in the machine of the wider economy. That’s why inflation is a bad thing, unless it applies to the price of housing, in which case it’s welcomed. The good news, however, is that housing developments are springing up all over the UK, at an accelerating rate, and Manchester is leading the way.

Figures released just this week show that the number of houses being built in the UK has doubled since 2009, with 140,500 homes being started in the year up to March. In the first quarter of this year, 40,000 homes were started, a 31% increase on the previous quarter and 136% higher than the equivalent quarter in 2009. Various government initiatives such as Help to Buy and NewBuy appear to have kick started the market, and the hope is that an increase in new builds will alleviate the catastrophic gap between supply and demand, a gap which would be bound to inflate another housing bubble.

Developments in Manchester itself, where there has, in general, been an 84% increase in starts over the past year, include The Avenues estate, built by Bovis Homes on brownfield land in Newton Heath. The apartments and two, three and four bedroomed houses of The Avenues have helped Newton Heath leapfrog the likes of Chorlton and Didsbury to become the part of Manchester which has seen the highest rise in house prices during the last twelve months. According to the Land Registry, average prices in the M40 postcode have doubled during this time.

The creation of 83 one and two bedroom apartments and 14 three bedroom townhouses at Vimto Gardens can be expected to have a similar effect on the Chapel Street in Salford, whilst a joint venture between Abu Dhabi United Group (ADUG) and Manchester City Council, named Manchester Life, is intended to pump £1bn into redeveloping the neglected Eastlands area of the city. The first phase of the regeneration, the building of 830 privately rented homes in the Ancoats and New Islington is dues to start this year. Similar initiatives, large and small, are springing up across a city, which seems determined to invest its way through the long dark night of austerity.

All of this speaks of success on one level, but will only be truly successful when the buildings in question are looked upon, by the people living in them, as homes in the long term, something which will forge the much needed community ethos and pull in the other investment needed for truly successful urban living.

The honest truth is that you can’t build a community; you can only build houses (or flats or apartments). You can fill those houses with people and the people will build the community. That’s why the new housing developments are even more important than the numbers would suggest they are. The challenge is whether we can build homes as well as houses, and, since we’ve just spent £25m on a single home, it’s surely a challenge we can rise to.

Here at Cuckoo we have more than half a decade experience working within the property development industry, therefore we know how to get under then skin of potential buyers, we understand that it’s not just the location and cost that attracts customers but the history of the area and the emotional significance of the property – we have the expertise necessary to embody this with great branding and communications.