Cars, are they becoming smarter than us? 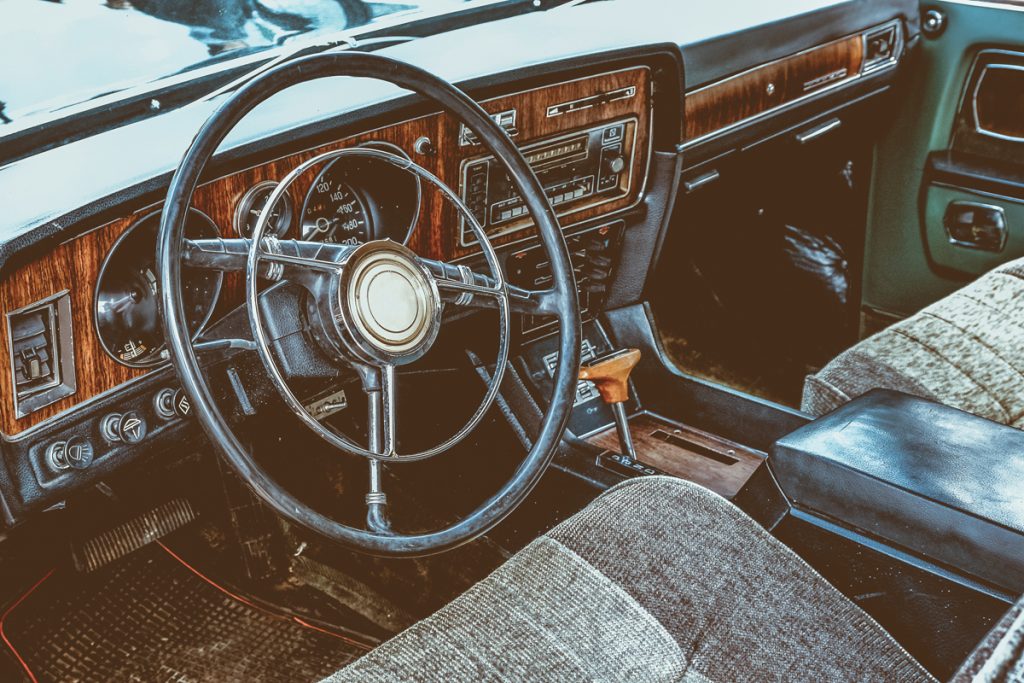 Remember when a car used to be a fairly simple metal box with a wheel on each corner and an engine that made it go? Obviously, James Bond had a few gadgets in his car, but they mainly tended to focus around killing people or driving underwater, as opposed to the kind of neat little touches that the average driver might appreciate.

The car of tomorrow will basically be your front room, but powered by some mixture of hydrogen and electricity

Did you spot the key word in that sentence? It was ‘driver’, a description which the much promised, much anticipated and (in some quarters) much doubted wave of self-navigating supercars looks set to deposit firmly in the dustbin of history. After all, when you no longer have to actually work or in any way concentrate to ensure that your car does little things like get from a to b and avoid hitting pedestrians (and all the other cars with no-one driving them) then you’re in the perfect position to sit back, relax and simply enjoy the in-car entertainment. And by ‘in car entertainment’ we’re not  talking about a CD player, a digital radio and perhaps the sound of one of your kids watching Peppa Pig on a smart phone propped up in their car seat. Oh no. At the cutting edge – which often means within the confines of ‘concept cars’ designed and crafted to be shown off at motor shows rather than driven on the M62 – the tech and gadgetry available in the most advanced cars is almost definitely better and more impressive than that which you can boast in your front room. In fact, the car of tomorrow will basically be your front room, but powered by some mixture of hydrogen and electricity and with better views.

73% of 1,000 respondents admitted to not understanding the high tech gadgets in their car

The perhaps surprising fact, however, is that the more modern cars, including those models which mere mortals can actually purchase and drive on the open road, might actually be becoming smarter than the people driving them. This, at any rate, is one of the ways of interpreting a survey carried out last year by BookMyGarage.com, which found that 73% of 1,000 respondents admitted to not understanding the high tech gadgets in their car, despite the fact that 54% confessed they’d chosen their car on the strength of those very gadgets.

Amongst the baffling features mentioned by drivers too busy scratching their heads to use a touch screen were relatively simple concepts such as cruise control, parking sensors, and even fairly basic Bluetooth, so what your average driver would make of the innovations that car manufacturers have in store for us in the future is a matter for some conjecture.

Still defeated by touch screens, for example? Well then say hello to gesture control, via which the BMW 7 series uses a sensor mounted on the rear view mirror to allow control of entertainment devices via the simplest of hand gestures. Whether this will mean an end to the rather more extreme ‘gestures’ which drivers tend to employ when pointing out the deficiencies of the person who has just cut them up in the fast lane of the motorway remains to be seen….

Staying with BMW, their 5-Series now boasts ‘Night Vision’ capability, allowing drivers to see people and animals in the dark

Staying with BMW, their 5-Series now boasts ‘Night Vision’ capability, allowing drivers to see people and animals in the dark in a manner which could only previously be achieved by….well….turning on the headlights. It’s sold as a safety feature, of course, but it’s hard to avoid the suspicion that lots of people who spend hours pretending to be snipers in first person video games will love night vision because, let’s be honest, it looks really cool.

Parking, the aspect of driving which nobody really likes has become simpler in recent years, thanks to cars fitted with sensors, cameras and the ability to spot parking spots, leaving the driver free to sit there looking smug and ostentatiously not putting their hands on the steering wheel. This is positively primitive, however, compared to the latest development due to start rolling out shortly. Using your smart phone as a remote control, you soon won’t even have to stay in your car while it gets on with parking itself (though you’ll still get the blame if you’re on a double yellow).

Map readings projected straight onto the windscreen? Smartglass windows which constantly display information on the scenery rolling by outside? What about a car which allows you to turn on the heating in your home or set your TIVO to ‘tape’ a programme, all while you’re still miles away? These innovations are just a few of the gadgets, gizmos and automotive devices, which you’ll be asking somebody much younger to explain to you in the next few years.

Not that we let vehicular innovation phase us here at Cuckoo. We’ve been combining expertise in the automotive fleet sector with a firm grasp of the latest technology to produce captivating integrated marketing solutions for years and we hope to continue for years to come!