The growing brand of The Snowman 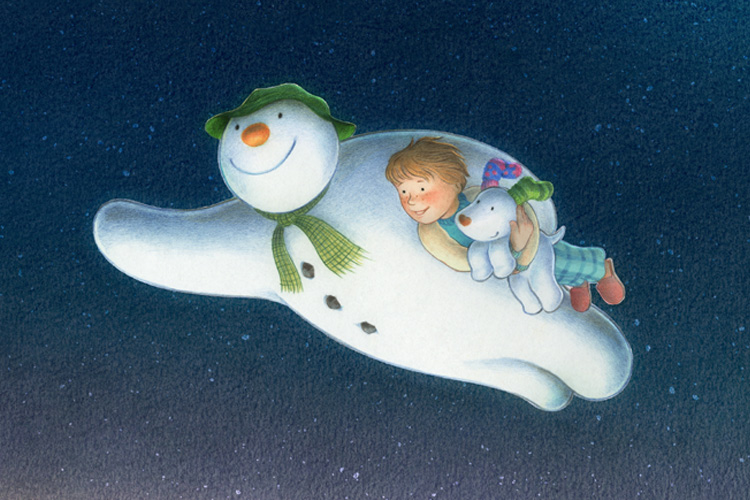 Since its first broadcast in 1982 on Channel 4, Raymond Briggs’ Snowman has ballooned into a colossus of an enterprise engulfing various industries as well as literature and television.

On the 30th anniversary of its original broadcast, Lupus Film produced a celebratory 25 minute sequel, The Snowman and The Snowdog. The film was broadcast on Christmas Eve 2012, and in 2013 the animation will take the highly sought after position on the cover of Radio Times’ Christmas issue.

Achieving this prestigious position aptly demonstrates the power of The Snowman brand. Although its spin off is but a year old and has had 30 years less time in the public domain, the strength The Snowman brand has gathered over the last three decades has made this comparatively miniscule brand a national success.

The Snowman has been aired every Christmas since 1982, it still has the same illustrations, the same score and it still has millions of viewers each year. There is something about The Snowman that has appealed to three generations of children and adults who continue to pass their love of the animation onto their children.

But What makes The Snowman brand such a success? The trilling music with intense crescendos and swooping wind section, the magic of the boy and his flying snowman, or the lack of CGI?

Most likely a combination of all three and more, The Snowman is a simple story that adults and children are able to relate to throughout their lives. Either in nostalgic glee as we remember the magical Christmases of our youth, or a new generation of children who have their breath taken away by the flying snowman.

From there Raymond Briggs’ creation has snowballed into an international franchise producing theatre productions, books, DVDs, CDs, Christmas cards, advent calendars, soft toys, crockery and much more on an annual basis. There are now 30 licensees for The Snowman franchise in the UK, and 10 around the world including Random House in the US.

The Snowman who keeps getting bigger

In recent years Snowman Enterprises Ltd has launched a new website to accommodate the growing number of Snowman fans around the world, including in Japan, Canada and the US. The website is an indication of the strength of the company on an international scale. It allows users to find out when the next live performance of The Snowman is, an interactive Snow Finder which tells visitors where their nearest snowfall is, and unique artwork for The Snowman and Snowdog.

The website is built to support the brand’s partners around the world, illustrating the franchise’s intention to expand and to keep engaging with children. It is a brand that keeps getting bigger, with loyal viewers who return to The Snowman each year much like other brands and their customers. The clever part lies in Snowman Enterprises’ ability to simultaneously play on the nostalgia of many, while drawing even more people in.

Channel 4 has since released several successful Christmas animations including Father Christmas, The Bear, Ivor the Invisible and The Snowman and The Snowdog.

Above all The Snowman is an instantly recognisable brand that has a definitive identity, one that viewers connect with thanks to an established emotional attachment and are therefore inclined to invest in the products.

The power of identity cannot be understated; it does not only apply to a company’s logo but their whole commercial outreach, how they present themselves in every area.

Cuckoo Design has years of experience helping companies identify their identity and create something that is unique to them. If you would like to talk about what we do, and how we could help your company contact one of our friendly team on 0161 660 8352.