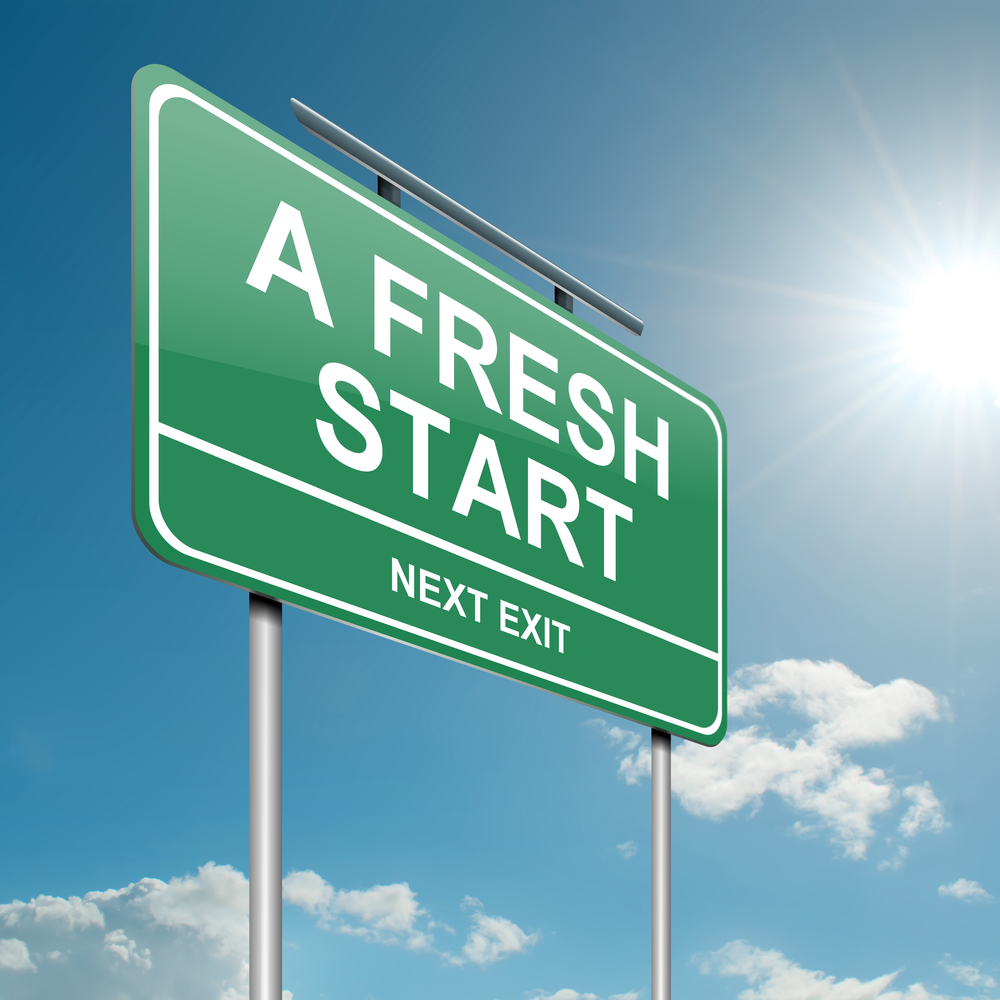 Happy New Year. Forget the actual New Year. Who wants to celebrate the actual New Year? For one thing you’ve got a hangover, and for another thing, you’ve got a Hangover. The first hangover may well be a run of the mill hangover, brought on primarily by the fact that consuming vast amounts of alcohol is really the only viable means of getting through a) having to sing ‘Auld Langs Syne, b) having to watch Jools Holland’s Hootenanny and c) having to watch Jools Holland and his Hootenanny chums sing Auld Lang Syne. The second Hangover is the important one, however, and it stems from the fact that, if you were going to choose a time for fresh beginnings, brave resolutions and the turning over of a new page, then cold, grey, poverty stricken January really wouldn’t be your first choice. The only good thing you can say about January is that it isn’t February. Not quite. January is the moment when you get the bill for that delicious meal you just ate, and realise you shouldn’t have let the waiter choose the wine. January is all the bad bits of winter without the consolation of Christmas. January is 31 days of paying credit card bills, selling unwanted gifts on eBay and realising that the rest of the natural world might be onto something with this hibernation business. January, to use a technical term, is a bit rubbish, the morning after the month before, and absolutely the worst time of the year to start thinking about the future, especially if that future involves attempting to persuade people to part with some money.

No, the real Happy New Year, the true new beginning, and one you can actually actively enjoy, takes place in September. Officially, it’s the end of summer and the start of autumn, but this is Britain, so the summer was rubbish anyway, and the weather in autumn, with its crisp clear skies and leaves gradually turning a million shades of red, is frequently more enjoyable than it was when you were grimly enjoying August (because you’re British, and you’re not about to let a bit of rain put you off). Look at the things that start again in September: the schools, colleges and universities, the working year after the summer break, large swathes of the sporting calendar, including the biggest and most economically powerful, the football season, the long, slow build up to Christmas. Being human beings and therefore naturally contrary, we tend to actually hibernate in summer (preferably on a lounger next to a pool) and start afresh in September, which is why it’s the actual New Year.

This applies to us as individuals as well as to businesses, but it’s the businesses who have the most to gain from taking the idea on board, and building their marketing plans around a big push launched when the Alternative New Year starts in September. The month itself may represent a new beginning after the holiday season, but it also marks the moment when the starting gun for some of the biggest retail and hospitality dates in the calendar is fired. The first of these is Halloween which, after Easter and Christmas, is now the third most lucrative shopping date on the calendar, generating an average of over £300m in revenue. Just after Halloween comes bonfire night, another excuse to shop, eat drink and celebrate and, before you know it Christmas will have arrived, encompassing the key few weeks of the year for the vast bulk of businesses in the retail and hospitality sectors. Waiting for any one of these dates to come around before taking advantage, however, is a tactic which is doomed to failure, and that’s why September marks the perfect moment to start getting your message, brand and offer out there. Not only will the timing give you sufficient space to reach the people you need to reach with a brand message that can be built and solidified over weeks and months, but it will also chime in with the natural rhythm of the year, and the fact that September marks the point at which people start to think about shopping for Christmas and planning (or even booking) those Christmas parties. The message is simple: plan your marketing year to begin with the calendar year in January and you’ll be speaking to an audience that doesn’t want to listen and would really rather not think about spending more money if you don’t mind. Focus on September, and you’ll be riding a natural tide of interest, activity and enthusiasm, just the kind of sentiments that a New Year should really be all about.

If you would like a coffee and a natter about your marketing plans during the run up to Christmas just give us a call on 0161 660 8352 or drop us a line at info@cuckoodesign.com we’re dead friendly and we make a great brew!